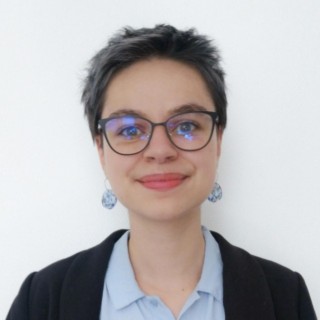 We are delighted to announce the appointment of David Legrand as Chief of Hardware Evaluation. David’s arrival accompanies an important phase in our company’s structuring. Indeed, with a third data center in Paris coming up, brand new servers, innovation and R&D projects, we continue to strengthen our team to support our sustained growth in the cloud market. He will report directly to Clever Cloud’s CEO, Quentin Adam and will work in collaboration with Steven Le Roux, Clever Cloud’s CTO.

Clever Cloud is a French company founded in Nantes, France, which has created its own software technologies since 2010 and is a pioneer in Europe in the automation of application deployment. It has a large number of customers in 80 countries around the world. With a turnover that has almost doubled again in one year, Clever Cloud has experienced significant growth since its creation, due in particular to its ability to regularly bring innovations to its customers. For example, in October 2021 alone, Clever Cloud was the first cloud provider in Europe to launch Apache Pulsar as a managed service, followed by Jenkins with per-second pricing, and the time-stamped data optimised database TARDIS, which is charged on a per-use basis.

David was the Editorial Director of Next INpact and a journalist specialized in hardware and new technologies for the past 20 years. He also developed tools, participating and supporting open source projects which you can learn about on his Github. Through his previous experiences he developed a strong passion for writing, which he used as a tool to inform and share with others about open and distributed technologies among other subjects he takes very much at heart. Passion-driven, with optimistic yet critical opinions on the digital news, no wonder why his values match like clockwork with the ones we defend everyday at Clever Cloud.

“I am very happy to be working with David, he’s someone I hold in high regard. He brings to Clever Cloud his solid hardware knowledge, his devotion to problem solving, but also a renowned style of writing and the will to share and promote our project”, says Quentin Adam, co-founder and CEO of Clever Cloud.

Founded in 2010, Clever Cloud is a company based in Nantes specialising in IT automation. It creates and provides the software building blocks necessary for the flexible deployment of applications on self-service SaaS architectures. Its clients include such big names as Airbus, AXA, Caisse d’Épargne, Cegid, Docaposte, MAIF, McDonald’s, Solocal, SNCF, TBWA,….

Marketing Representative at Clever Cloud. I'm behind most of the tweets from @clever_cloud and @clever_cloudFR.

What is Clever Cloud ?