What’s Clever in our cloud ? 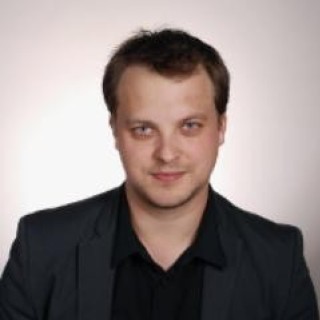 At the beginning of the Internet as we know it, about thirty years ago, the primary choice of a developer when he wanted to put a website online was to choose between a dedicated server where he was the only one in charge, and a hosting shared between several customers, more or less numerous depending on the offers.

If the weak isolation provided at the time in the shared hosting model pushed the most careful to use dedicated servers, economic factors also made the choice: not everyone could afford his own machine. Nevertheless, with time, low-cost offers came to shake up the market, then it was the turn of the “Cloud” and “as-a-service” instances that are no longer rented monthly but per hour or per second. This has changed practices in depth.

This is the origin of Clever Cloud, founded on a conviction: we had to take advantage of these new opportunities to reinvent shared hosting practices, which were still based on old transfer protocols, by adding real isolation and ease of use through automated deployments and load adaptation. Create tools to improve the life of developers and ops (professions sometimes combined from now on), take benefit of the ongoing revolutions caused by the emergence of Git and platforms such as GitHub or GitLab, of continuous development and integration (CI/CD).

Both then and now, it is common to see companies continuing to rent “old-fashioned” dedicated servers to deploy their applications using more or less automated tools, but this often leads to a waste of resources. The reason for this is that these machines are dimensioned to meet any peaks that may occur, and therefore are rarely used to their full potential.

An oversizing which is not really encouraging energy efficiency. In March, The Register reported that according to the US Government Accountability Office (GAO), only 5% of the server resources available to the US government were used. A situation that shouldn’t happen, in the US or in Europe.

Part of the hosting industry is now built around this lack of efficiency. The datacenter players are decreasingly technical and increasingly on a model borrowing from the real estate market: you have to use the available space and first of all fill square meters (no matter if it means reserving large spaces for crypto-currency miners). But whether the servers are used or not makes no difference: it’s rented. By the way, if they are running at a low level, it relieves the electrical infrastructure, the lessor is all the more winning.

One solution could be to use instances (IaaS), which can be turned on or off, customized as needed, with better resource management by the cloud service provider (CSP) since they are shared between different customers. But this requires developers and ops to constantly fit the infrastructure to the load, take care of updates and security, be the ones on whom everything relies.

But in practice, this essential work is not always done. This is a problem that we tried to solve, to pool efforts and avoid scares and headaches for our customers’ teams.

Applications up and running…

Clever Cloud’s pledge is that “you develop, we deploy”. So we are more than a Platform-as-a-Service (PaaS) solution as some hear it, rather a kind of “Software Defined Hosting”, “Serveless” style, in the way you never have to worry about the infrastructure. Only your code and where you want to deploy it.

In fact, our job is to maintain your applications in operating conditions. This means that we make the deployment process as simple as possible, making it fully automated and part of your team processes. We keep your applications up and running, whether you need to upgrade or experience peak loads, we also manage backups, disaster recovery, and more.

All of this with the flexibility to scale horizontally (more instances available) or vertically (higher performance instances). A choice that can be made in a fully automated way (auto-scaling) or manually through our web interface and our tools (CLI, SDK, etc.): you remain in full control of your choices.

We also update the system and the software bricks that we operate, restricting them as strictly as possible to what is necessary to achieve maximum efficiency, performance and security for our customers. Thus, we do not neglect software isolation and all applications run in their own virtual machines.

… in a flexible and secure environment

It is important to understand that the security attacks and vulnerabilities are mostly a financial issue. For those who exploit them, it is a market. If there will always be methods to attack a company and a service, our challenge is to reduce as much as possible the attack surfaces and to break the potential profitability of attacking Clever Cloud.

This is why we compile the Linux kernel and all our binaries from source, using the Exherbo distribution. This allows us to reduce them to a bare minimum, as well as the attack surface, and to have constantly updated software without having to wait for the maintainers to take care of it.

This offers another advantage, as our CEO Quentin Adam regularly says: “any compiled binary released is a binary waiting to be exploited”. Indeed, they are used by a large number of users and are a target of choice, which can be easily detected. Compiling our own binaries allows us to protect ourselves from such risks “by design”.

What if a datacenter has a problem? Simply deploy elsewhere. This resilience is the basis of our technical decisions over the last few years, with a strong multi-cloud approach, whether in the development of our own infrastructure or by allowing you to take advantage of those of our partners. And if you want to have your own Clever Cloud “on-premise” or in a SecNumCloud qualified infrastructure? That’s possible. That’s what openness is all about.

This freedom of choice will enable us to offer deployments that can be driven by geographical considerations, commitment to diversification or eco-design. We are now switching to servers based on the work of the Open Compute Project (OCP). With a centralized power supply within the rack, they are designed for greater energy efficiency.

Consume less for the same level of service is an obsession of our teams, a strategy we apply both in the short and long run, through optimization of software and hardware, better use of existing resources, and the introduction of better components when they are added or renewed. This strategy is at the heart of our business model, but also part of our efforts to reduce our environmental footprint, and therefore the one of our customers.

We recently chose to use Capri servers based on AMD EPYC 7003 processors with 64 latest generation cores, offering a very good level of performance and density. They are now installed in our third point of presence in Paris, Green Data Nanterre. The Flashbox will provide us with remote storage within the network, in CPU-less servers, using chips from the French company Kalray, very energy-efficient.

These innovations and this density level allow us to strengthen the Clever Cloud commitment: keep as many applications up and running as possible, with a good level of resilience but the least infrastructure required. Because the best way to avoid wasting resources is to consume as little as possible “by design”, which we allow our customers to do on a daily basis without having to worry about anything. To better inform them, we are also working on delivering metrics such as PUE, but also the consumption and impact of our servers, their applications, etc.

Our servers are designed to operate in our infrastructure for many years, to meet needs that may change over time, and will be replaced only when necessary. By relying on standards such as OCP, which are used by a growing number of players in the market, we can ensure that they will be easily reusable for a second life cycle by third parties.

For our future deployments, we will explore alternative ways to further improve the efficiency of our servers and their components, including cooling, which is a key issue in data centers, with the rise of direct liquid cooling and immersion, two technologies that can be implemented through Green Data. We are also in discussions with various partners about the reuse of waste heat produced by servers.

Clever Cloud matches its company logo: multi-faceted. While we’ve long been focused on building our platform, over the last few years our customers have asked us to go further. We listened: the team has doubled in the recent months to increase our core strength: innovation through software, using the hardware at its best.

Thus, in addition to the continuous improvements of our Console, we are currently finalizing a project that has been one of our biggest achievements: the Network Groups, allowing you to link your applications, but also your machines through a private network (VPN). For this, we rely on the open source solution Wireguard. The feature is finalized and is currently being tested internally, it will be released in public beta in a few weeks.

We will soon offer our VM Tasks, with the ability to run tasks on demand, which can be activated in different ways. We’ve also started to rework our GPU computing offering, so don’t hesitate to ask us if you have any needs in this area, as preliminary tests can be conducted. Later this year, we’ll offer access to our Function-as-a-Service (FaaS) solutions for large-scale, on-demand function processing and IaaS, so you can deploy the operating system and tools of your choice via Clever Cloud, without relying on solutions such as Docker.

And for Kubernetes enthusiasts, in addition to the recent launch of our operator, a managed service will also be available… as well as other surprises that we’ll talk about in the near future. Don’t hesitate to submit your requests and suggestions, which can help us refine our priorities and developments. Our team is listening to you.

David Legrand is the Chief of Hardware Evaluation at Clever Cloud, with a focus on innovative and open solutions. Also in charge of Tech advocacy.