In ancient times, developers weren't able to be just developers. They had to be experts in computer networking and development platforms as well.

Great ideas had to sit on the sidelines and wait. You had to build out a sandbox to play in before you started coding. If you wanted to use Ruby (on or off Rails), you had to start with something like Ruby Version Manager (RVM) to set up the server space you needed. If you decided that Node.JS was a better fit for your next application, you would have to tear it all down and go get Node Version Manager (NVM) from GitHub. Obviously, people couldn't live that way for long.

The Dawn of Reason

Platform as a Service (PaaS) providers started popping up about a decade ago and civilization took off from there. Now developers worry about development and the host manages the OS, the software stack, the runtime, the servers, virtualization and storage. That problem then became that PaaS providers were too narrow in their focus.

That's when Clever Cloud Driven Development (CCDD) was born. It evolved the concept of PaaS and made it polyglot. That means that now you have the freedom to work in any of your preferred runtimes (Docker, PHP, Scala, etc.) and have access to your favorite services (MongoDB, PostgreSQL, Redis, etc.). Now, instant access to those capabilities can be deployed with a simple git push.

One of the tricks that do the magic is the Clever Tools™, the official and open-source CLI. Installing it allows the rest of us to use Clever Cloud deploying without leaving the terminal. And that's pretty awesome.

…deploying without leaving the Terminal.

Here the quickstart to install and use it without leaving this page: open your term and paste this:

What to Do With All the Extra Time

CCDD is not merely a convenience. It actually makes the app world a better place™. It allows developers to do a better job at continuous delivery. When you don't have to set up and maintain your local environment, your time is freed up to create the additional features that customers want or concentrate on performance tuning.

You don't need to manage your sandboxes for dev and production. CCDD can update your apps in production with no downtime and assure that they will automatically self-heal and redeploy after a crash.

For lean startups and small developer teams, CCDD means scalability from day one. You don't need to invest in more servers to handle spikes in traffic if you suddenly someone says something nice about you on Hacker News (one can only hope). CCDD scales horizontally and vertically as needed in an instant.

Every developer deserves top-of-the-line security and reactive monitoring. CCDD is built to handle the infrastructure while you handle the accolades.

Co-founder and "Chief Revenue Officer" at Clever Cloud. Clément was a developer, but he acquired new powers after being elected in a rather "sales" oriented role (losing short in 2010). 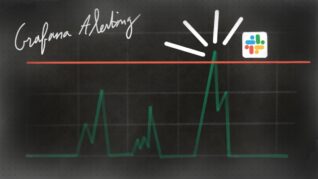 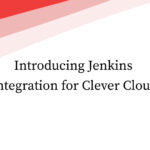 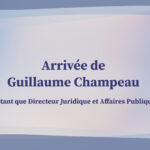