How and why to install Matomo to replace Google Analytics 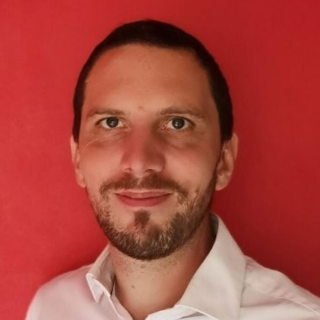 Good news! The procedure to install Matomo (formerly Piwik) on a Clever Cloud instance is now much easier! We’ve automated the whole thing, so all you have to do is to order an add-on from the Clever Cloud Console.

As a reminder, Matomo is an audience measurement tool known for its quality, providing reliable and detailed statistics on visitors and their browsing. It allows you to replace solutions such as Google Analytics whose use has become illegal in Europe, due to the transfer of data to the United States, without specific consent before any data collection.

A few years ago, we explained how to install Piwik (now Matomo) on Clever Cloud, within our servers hosted in France. At that time, the procedure required several steps. Now, simply create an add-on via the Console. You will then benefit from all the advantages of our platform in terms of scalability, per-second billing, maintaining operational conditions, simplified management and updating.

Before we explain how, let’s explain why.

Why it is illegal to impose Google Analytics in France

In a press release dated 10 February, the CNIL (France’s independant data protection authority) informed all French website and application publishers that they can no longer integrate Google Analytics, under penalty of sanctions. Three companies have been ordered to change their audience analysis tools. The commission in charge of monitoring personal data protection notes that Google’s solution involves transferring visitors data to the United States of America, which is not currently legal under the GPDR. In April, 2022, the Austrian data protection authority (DPA) reached the exact same conclusion.

These decisions are an expected consequence of the “Schrems II” ruling of the Court of Justice of the European Union (CJEU) published on 16 July 2020. The CJEU invalidated the legal mechanism by which the European Commission claimed that the US provides an adequate level of protection for personal data received. In a completely opposite view, the Court made it very clear that the US intelligence legislation is disproportionate and that the remedies are insufficient.

It therefore removed the overall legal framework by which transfers to the US were possible, and left it to the national authorities to check whether other (contractual) mechanisms were workable. In France and Austria, the DPAs concludes that it is impossible to transfer data to the US under the current state of US legislation and the frameworks provided. Hence the ongoing discussions, the outcome of which is still uncertain, on an arrangement allowing a new UE-USA transfer agreement.

Until then, companies that do not replace Google Analytics or tools that transfer data to the U.S. without specific and prior consent are at risk of being sanctioned in the case of an inspection by a DPA. By issuing public warnings without naming the sanctioned companies, the Commission wants to make it clear that all of them must comply, for example by using an alternative that allows data to remain in the European Union.

This is what Matomo provides. It’s a very complete and open source audience analysis tool, recommended for several years by the CNIL. It can be exempted from consent request when configured the right way.

While it is already possible to set it up on Clever Cloud, we made the process easier through the creation of a dedicated add-on. By installing a Matomo instance in our platform, you keep control of your visitors’ audience analysis data. It is no longer sent to the USA.

Clever Cloud hosts this data for you, on servers located in France.

How to install Matomo?

From the Clever Cloud Console and in the desired organization, select “Create…” then “… an add-on” and “Matomo”. Validate and it’s done! We have chosen to make the dependencies of this add-on transparent and independent.

How Matomo works on Clever Cloud

You can then adjust the settings to suit your needs, or even enable auto-scaling (horizontal and/or vertical).

As with the other add-ons we provide, Matomo is specially configured to take advantage of the Single Sign On (SSO) identification of the Clever Cloud Console, then you’ll be able to create your users directly from Matomo. The documentation is available here.

Guillaume Champeau is the Chief Legal and Public Affairs Officer of Clever Cloud. He's the guy who believes reading law is as exciting as writing code.

What is Clever Cloud ?